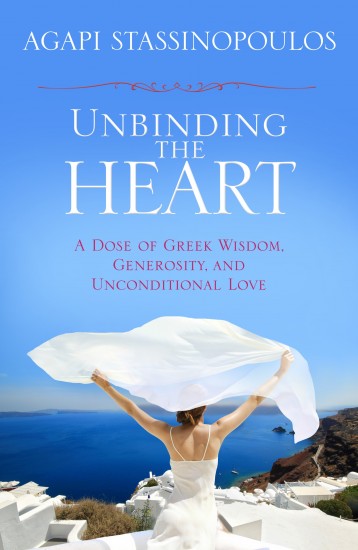 Ever since my mother and my father separated when I was 12, I had taken it upon myself to be his sole (or perhaps “soul”) caretaker. His life had been a roller coaster of successes and failures, addictions and passions—the gamut of human experience and human emotions. As a child, I felt all of that and wanted to ease his suffering. Even as an adult, when we were thousands of miles apart—when he lived in Athens and I lived in the United States—I felt a tremendous sense of responsibility, even over-responsibility, for him. In the latter part of his life, he was surrounded by the love of my sister, Arianna, and me, his grandchildren, and Michael, my brother-in-law, with whom he had an extraordinarily close relationship. Ironically, Michael didn’t speak Greek and my father didn’t speak English, so I always ended up being the translator between them. I felt like I was the net in a table-tennis love match. My father had visited and stayed with us for a while in the States, but then he returned to Greece to finish his book about the history of Greece into modern times, as well as, really, to finish the last chapter of his life. At that time, I was living in New York, and I stayed in close contact with him.

My father suffered from diabetes, which had already made him nearly blind and was now taking its toll on the rest of his body. In the last year of his life, he would often call me, telling me that he was feeling really sick and thought he was going to die. I would think nothing of getting on a plane and going to Athens to be with him. Once I was there, our love and caring for each other would cheer him up and revitalize him, and he would feel better.

Early in May of 2000, I got another one of those calls. With his indomitable sense of humor, my father said to me, “I’m going to die—and this time, it’s for real!” Of course, I found myself on a plane again. When I got there, I had a feeling he was right. His kidneys were failing, and every day he deteriorated a little more. He could get out of bed only with help, and he slept a lot. His doctor visited him every day, in the Greek tradition, and kept telling me that things didn’t lookgood. We had a caretaker with him around the clock. I sat by his bedside, caressing his hand, reading to him, comforting him.

One night he asked me, “When do you have to be back in New York?” I told him I had to be back by May 12 because I had a performance to do. “That’s okay,” he said in his dry, humorous way, “because I’ll be dead by then.” I couldn’t figure out how he would actually die; although weak in his body, he seemed so present, so alert and alive in his mind.

A few days later, I left him to go to a Greek Orthodox monastery outside the city, in Thebes, to meet with a priest whom my father dearly loved. I stayed there for two days, meditating and praying for my father. On the second day, I got a call from his doctor, who told me that his kidneys had failed and he had to be sedated. I rushed back to be by his side, and I called my mother and Arianna immediately. Arianna was traveling for work, but she dropped everything to get on the next flight so that she could see him before he died. I knew the end was near.

Even sedated, he was still alert and asked me when Arianna was coming. I told him her flight landed at 9:02 A.M. the next day. He said, “Make sure, when you pick her up, to bring her gardenias and lilies.” Those were the flowers he had always brought us when he welcomed us at the airport—his gesture of love and honor for his daughters.

That night, I lay next to my father for several hours, caressing his forehead and praying, being fully present in the love we had for each other. He kept saying to me, “You are my comforter, you’ve always been my comforter in my life.” His breathing became heavier and heavier. Then, suddenly, I felt a most soothing, loving presence touch my hand. I heard a voice inside gently say, “It is done.” I had made a promise that I would be with my father until his last breath, but now I sensed that my work was complete. It was time for me to leave him to take the last step on his own.

Feeling as if I were suspended between two worlds, I got up from his bedside and went into his office, where he stored pictures, papers, and letters. Surprisingly, I was completely at peace, knowing that my father was being delivered into Spirit’s care. There was nothing else for me to do but start to let go.

I gathered up the letters, photographs, and objects that I knew mattered most to him, and then a friend gave me a ride back to my hotel. On the way, we stopped by the florist’s and I got exactly the flowers he wanted me to buy for Arianna—gardenias and white lilies. When I arrived at my hotel, I ran a bath. I remember falling asleep in the tub, and when I woke up, grateful I hadn’t drowned, I had the feeling that I had been in some other place, communing with my father. I felt total love and acceptance, all at peace. I didn’t have a distinct memory, but I had a certainty that I had been with him in that other place. I looked at myself in the mirror and I felt how small my body was next to the largeness of the awareness I’d just experienced.

I headed to bed after my bath and fell into a deep sleep, to be awakened by the friend who was taking me to the airport to meet Arianna. As we drove to my father’s apartment, we called his caregiver, Vicki, to check on him. I asked her, “Vicki, how is Daddy?” In a quiet, tender tone, she said, “He just died.” He had passed away at the exact moment that Arianna landed—9:02 am—part of the mystical, perfect master plan.

When we walked into his apartment, the windows were open and a gentle breeze was blowing through. The people from the funeral home had already come and prepared his body and dressed him in his suit. He was lying on his bed with candles around him, and he looked absolutely beautiful. And his presence was electrifying. Crying, Arianna and I sat by his bed and told him how much we loved him. It was remarkable—he was gone from his body but so present with us in his soul. In the midst of the loss, I had a great sense of a burden being lifted. His work was done.

I couldn’t possibly think about logistics—but Arianna, in her amazing way, started to make arrangements. She said to me, “We are burying him tonight at the monastery, and we are leaving tomorrow for New York so you can be back for your performance. We’re leaving everything else up to Vicki and her family. Anything we want, they will send to us in the States.” And that is just how it happened.

We buried him that night at the monastery in Thebes in a beautiful Orthodox ceremony. Then we got up at 4:00 A.M.the next morning and drove from Thebes back to the airport in Athens. I cried all the way across the Atlantic; I couldn’t stop the river of tears rolling down my face. The loss was beginning to sink in—the void where his presence and his love and his need for me had been. I cried not only for my loss but for the suffering he had gone through that I could never really take away, and I prayed that he would now find the comfort he had never found on this earth.

I did make it to my performance—though God only knows who performed—and then I flew back to L.A. as fast as I could to be in my mother’s arms, to be with my family, and to grieve the loss. It was beautiful to see how truly my mother loved my father. After all the hard times there had been, all the separations, anger, pain—everything they went through together—it was a gift to see how her heart was still bonded with his. She was grief-stricken, and I’m sure that’s what caused her heart to give way just a few months later.

I’ve often reflected on the words I heard when my father’s life was coming to an end—It is done—and on the power of that concept. Whether it be the end of a relationship, the end of a job, or the end of a certain phase in our lives—and of course the biggest of all phases is our time of passing—these transitions can bring a tremendous peace if we are willing to surrender. 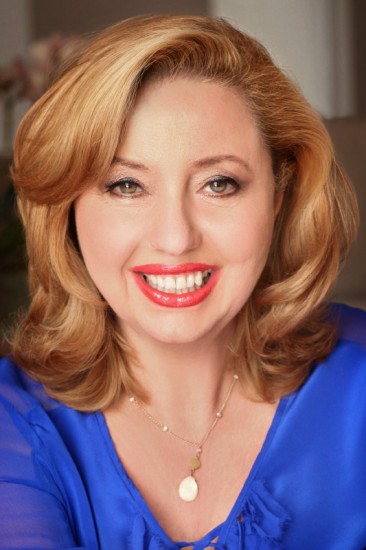