Today is my ANNIVERSARY!!!!! WooooHooooo!!! 5 years ago today I married the love of my life, Elie. Look got hot we were:

But more importantly, look how hot my shoes were!!! 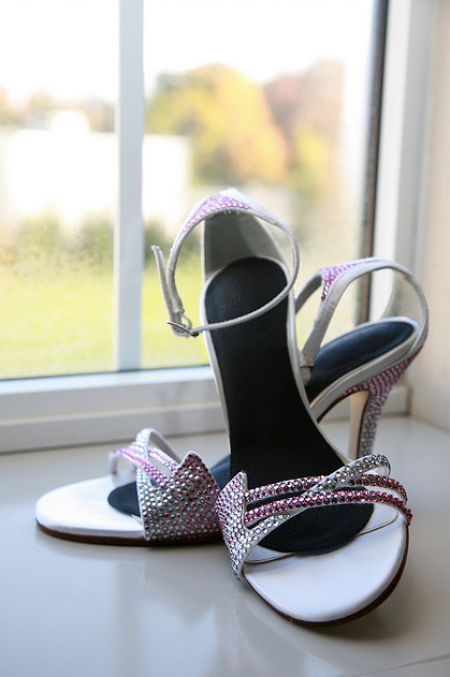 I glued every one of those suckers to those shoes by hand. Those shoes were the centerpiece of my day. I guess the more things change the more they stay the same, huh? 😉

Anyhooooo, I didn’t buy Elie a present. Not even a card. Partly because I’m selfish and distracted and partly because we’re just not that into that stuff. I’ll get him a card when I run out to pick up my coffee. And then I’ll give it to him and he’ll “aweeee” and then it’ll go on his nightstand and that’ll be it. I think it mostly boils down to the fact that we are both more savers than spenders, but if either of us wants to spend money on ourselves or each other, we do, and unless we see something the other person will love and appreciate and NEVER get for themselves, why bother? In 2009, for a combo birthday / anniversary gift he bought me the $800 camera I was craving (actually, he bought me a camera ‘like’ the one I was craving… see- I almost wish he hadn’t surprised me so I got to pick the one I wanted, but he’s great for doing that anyway) and that same year I threw him a surprise birthday party. (At this point, I’d link to a post I did about the party, but that disappeared in The Great Server Crash of ’11)

Last night, he bought me a The Digital Mom Handbook: How to Blog, Vlog, Tweet, and Facebook Your Way to a Dream Career at Home 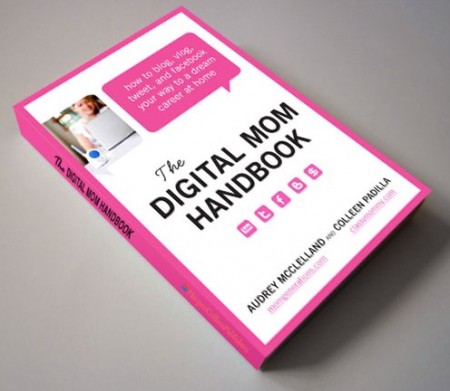 The Great Server Crash of ’11 has really put some things in perspective for me. I have SO many ideas for this site, for this brand, for The Muchness. But the one thing I have that the two women who wrote the book do not have? A Full Time Job. That means, when they had an idea, they implemented it. When I have an idea, I have to wait till I have the time to implement it. And Boy, do I have ideas!!!!

OK. I started this post at 8am and now it is 8pm. That’s how life goes. Not all posts are built at once. I have to get my ideas and thoughts out when I have them even if it means stopping mid thought. And clearly that was mid-thought. And though I am still stoked about all I wrote above, now I’m having a  hard time getting my thoughts back in the same writing groove… So I’m gonna end this post. Have a great evening!!!!!

PS- I never did get coffee, nor did I get Elie a card. But I’m pretty sure he still loves me anyway…

One Reply to “Bringing The MUCHNESS Back!”