I told them not to leave us their two fish to fishsit while they were out of town. I told them “were not pet people, are you sure there’s no one else?” I asked them what they’d tell their kids if they returned home in two weeks and one was dead.

I thought I was (mostly) joking.

5 days later we flushed the bigger one, but not after taking a picture of him so his dad could replace him without their two year old catching on.

Sad that I can’t even fishsit without being reminded that whether it’s fish or plants or babies- I simply can’t seem to manage to keep two alive simultaneously. 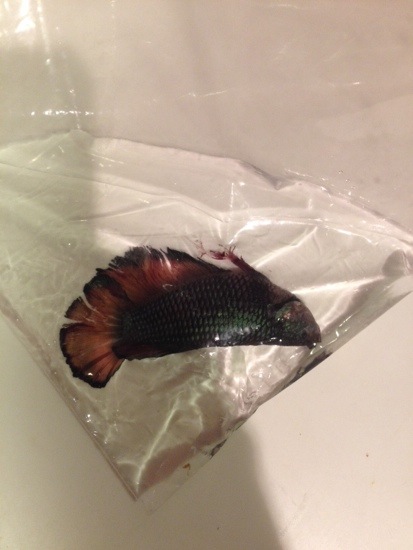