I’ve been wasting a lot of time playing this game app called Flow. The point of the game is to create paths between the same letters and fill every square of the grid with paths.
So you start with this: 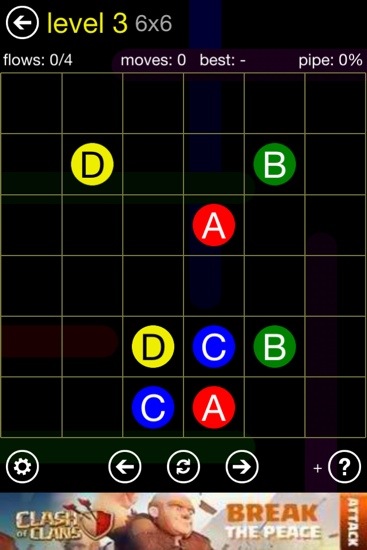 And end up with this: 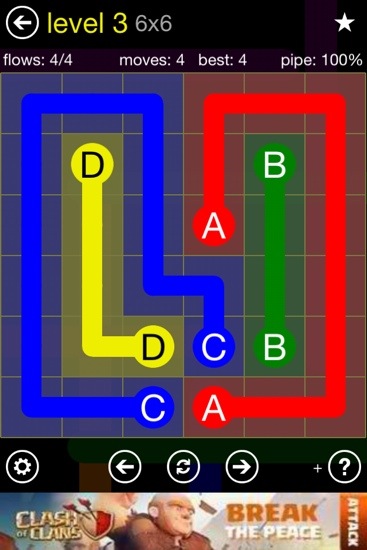 I like it because it fulfills the OCD desire I have to fill in spaces and organize small areas. My four year old also likes it, and is surprisingly good at it.
As you do better and better the grid gets smaller and more letters are added.
You start to get the hang of it, the rhythm of where the paths “want” to go… Wrapping around the edges, taking the long way around the other letters.
It feels good when you can see that the “obvious” path isn’t actually the correct path, and taking an unexpected turn will get you where you wanna go.
And with each puzzle completed I get a teeny tiny feeling of “yes! I can figure shit out- either in this silly game or in the game of life or business.”
And I know this analogy sorta sounds like a reach but it’s true- I totally get that feeling.
But then, every so often, I’ll get stumped. I’ll get a board that seems obvious, or even not so obvious, and yet I can’t figure it out. Here’s one of those boards: 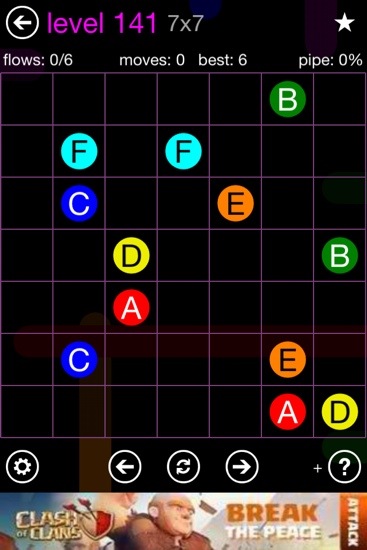 It shouldn’t have been so complicated, yet every time I did it I ended up here: 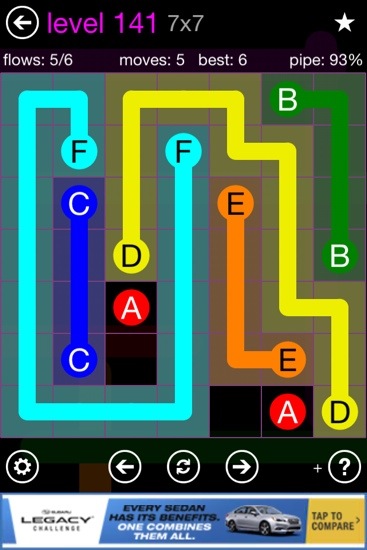 Or some place similar.
Was driving me batty.
I know the answer is possible- I know it’s staring me I the face, but I can’t see it.
So I put the phone down and come back to it later.
But inevitably, I still can’t get it.
And then I remember the trick that always works.
I turn the phone upside down, squint my eyes so the backwards letters (aka:the details) don’t confuse me from the larger task at hand, and almost immediately I’m able to solve the puzzle. 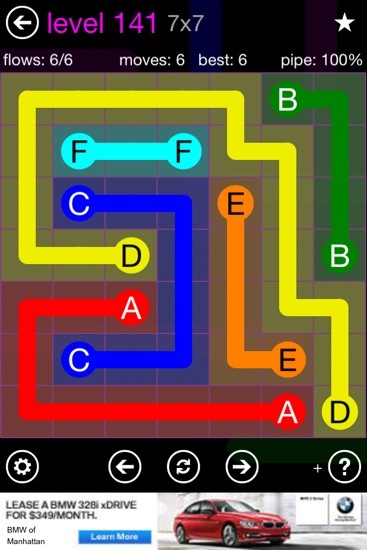 I don’t know why each time this happens it takes me a while to remember this trick- that it basically always works- but that just seems to be the way I learn. Slowly.

Just like the game feels like a very elementary analogy for life, this always reminds my that sometimes you just have to step back, take a bathroom break, and come at life’s challenges from a new perspective. While squinting. And confident the answer is there, just waiting to be seen.

Just to note: you can’t advance to higher levels without passing each board. If you wanna keep playing you just keep redoing the same boards you already did time and time before. Which sometimes is good, but not really the way to keep yourself truly interested in the game.
… Am I taking this too far? Well, whatever. Take from it what you will.