Sometimes, something happens that just NEEDS to be shared.

Remember the guy at the grayest job on earth who said he felt like he was “rotting from the inside out”? Remember how I wrote that I decided to make it my mission to help him tap into his Muchness?

The truth is, he was already tapping into his Muchness, he just wasn’t giving it the “honor” it deserved… (i.e. owning it & declaring it to be his Muchness.)

See, this guy would light up when talking about his garden. He said he worked on it every weekend with his three daughters and it was one of his favorite things to do. I thought to myself “ok- he mows the lawn and maybe plants some stuff.”

…little did I know…

In the weeks that followed, I heard a bit more about the garden in the small talk co-workers make. “What did you do this weekend?” “Hung out with my family and worked in the garden.”

Then we started joking about planting a vegetable garden in the concrete “prison yard” where we ate our lunch. It was the kind of conversation thick with the sarcasm of an idea that would never happen.

Shortly before my last day there, they asked permission to build a veggie garden. I NEVER, in a million years, imagined that two weeks later I’d be seeing this: 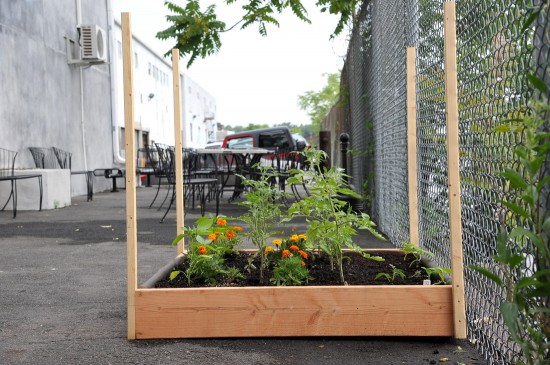 “At the same time I believe that with a little bit of positive energy and effort, the garden at “The Yard” will prove that you can grow food anywhere and better yet give people hope.” -Arnulfo Toro

I was so happy to see it. I felt a little blush of pride knowing that my jumping around that place in my sparkly skirts and colorful shoes had, in some small way, contributed to the birth of a bit of Muchness in what was formerly the Grayest Place on earth.

I hope that garden blooms boatloads of fresh tomatoes and cucumbers and all sorts of goodies that make lunchtime for everyone there much muchier.

And then, yesterday, BONUS!

He started a blog.

And a business. And I got to see pictures of his garden. And this is nothing like a “mow the lawn and plant some stuff on the weekends” garden. It is incredible! Behold: 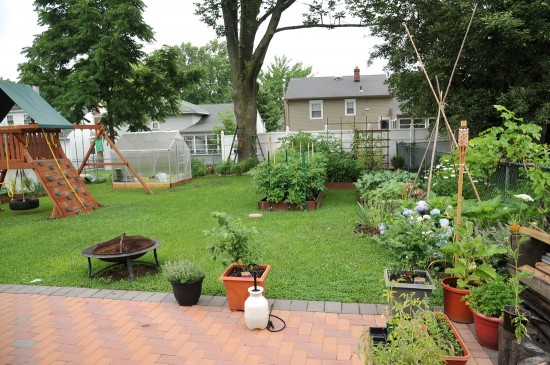 And here’s the thing: He is sharing his Muchness with people and building “GardenBox Farms” for other people so they can grow healthy, hormone and drug free foods in their own gardens, wherever they are!

He’d said this was a “work in progress” for a year and a half- and I believe him.

How often do you get an idea in our head that we know is awesome or empowering or will feel fulfilling on a completely different level than the one we are used to vibrating at…. and then don’t do it?

I know I am so guilty of that, many times over.

It becomes some big, insurmountable concept or we talk ourselves out of it for any number of reasons- and there are many. Eventually, we beat ourselves up over it and then get back into default mode of not even allowing ourselves to have big ideas anymore… lest we fail to follow through.

Let me tell you…. when you get a glimpse of where your Muchness lives inside you- whether it’s gardening, or sparkles, or cooking or art or reading or writing – WHATEVER it is — the biggest crime you can commit is NOT paying attention to it. That stuff is the fuel that guides your spirit to the places and things you are put on this earth for. The second biggest crime is keeping it to yourself because sharing YOUR Muchness is also the fuel that sparks others’ to look inside themselves and find their Muchness.

Could you imagine what this world would be like if everyone was In Touch With Their Much?

Guided by their Muchness, instead of their fear, insecurity and feelings of being a being a victim of circumstance? Could you picture what that would look like? The world would feel colorful, alive and optimistic! People would be sharing their gifts, their joys and feeling empowered to express themselves because they’d know that in expressing their truest, muchiest selves they can achieve anything.

When I write posts like this, they are as much a message to myself as they are to you, my cherished reader. (I want to hate the sappiness of that term , but I can’t, because it’s true.)

It’s been a challenging and scary few weeks here at Casa dé Gold. Let’s all keep our Muchness Magic flowing together.

3 Replies to “Muchness in The Prison Yard….”