It has been SO long since I’ve shared a craft here. I’ll bet so many of you don’t even know I do crafts. I do. I totally do crafts. Sometimes, I even write horrible poetry about the crafts I do. Because, why not?

Before I share this craft with you I just want to say for the record that when Molly turned 4 I made her an awesome Disco themed party and totally planned to blog all about it and share the pictures of the disco balls the kids made. It was total Muchness. I never shared the pics. She’s six and a half.

OK. That’s been weighing on me. Now that I got it out of my system, maybe I’ll share it… eventually.

I cleaned out my garage and basement! It started as part of the curriculum of my 8 week Finding Your Muchness After Babyloss program… sort of a “clearing the clutter” part of the program,  but quickly escalated to an all-out call-your-uncle-and-beg-him-to-help-you-get-the-shit-out-of-your-house event.

It culminated in this beautiful sight:

Nothing like the feeling of dumping 500 lbs. of trash in one fell swoop.

But during the clear out I found my stash of FIMO clay from back in my college days!

I loved that stuff. I used it to sculpt some masterpieces…. with which to smoke from. 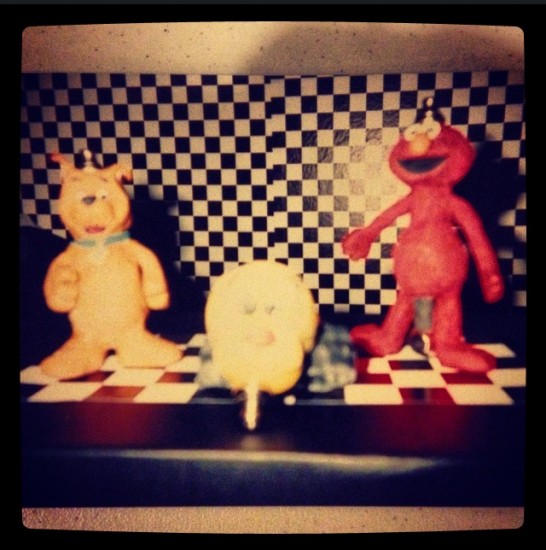 (Nicotine products only. What?!?!?!?  —seriously- everyone thought I was a pot head because I…well, I’m not sure why – any ideas? But I totally wasn’t. I thought it was stupid to use drugs in order to act “cool” or”weird”… I was totally those things already! Score! As an adult, I know better. )

Anyhoooo, Molly wanted to do a project and she and Liat were tired of totally ruining my patio while I recorded the horror in parental pride.

So I pulled out my fimo and the pasta maker that went with it and we got to work: 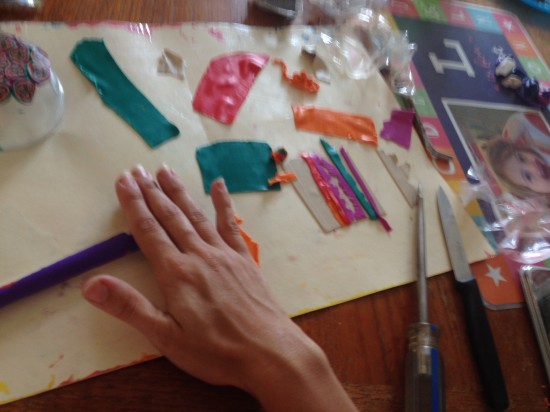 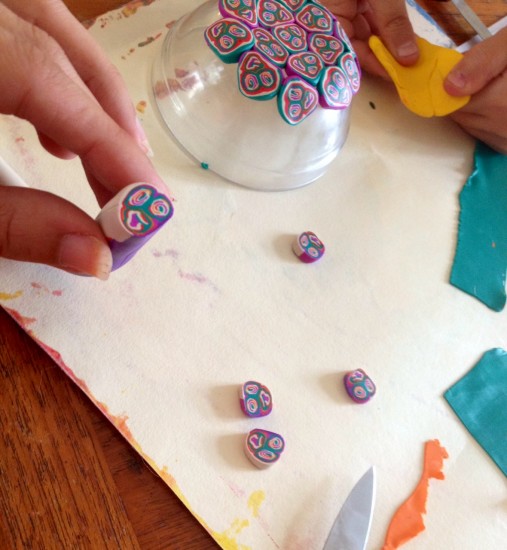 Then, Molly had the brilliant idea of filming us doing it! …but sadly, the mic on the camera wasn’t working… which in one way was good because it saved me the headache of having to edit the whole video for you. I just slapped it up on The YouTube as is, seeing as it was beyond repair anyway.

So, look at the pretty finished bowl!! 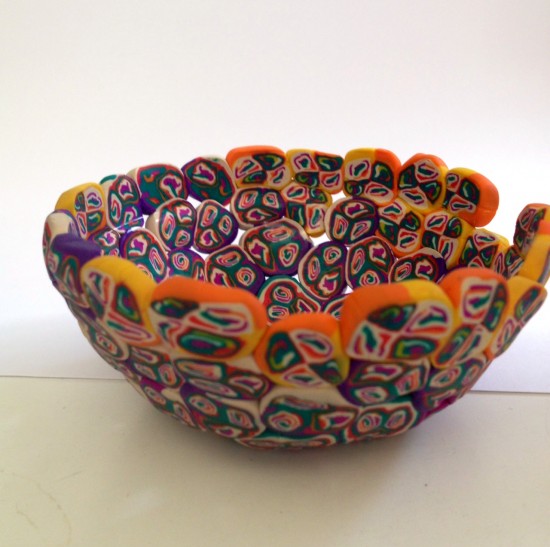 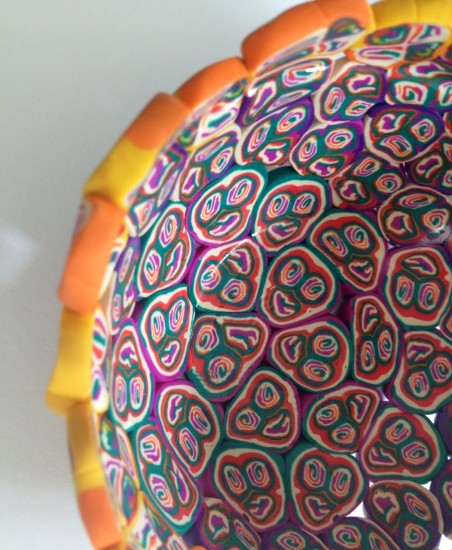 It’s missing a “tooth” at the top, but we think that just adds character.

Following this project, Molly asked me to use an entire $45 gift card she received for her birthday to buy an assortment of FIMO clay for her to make more stuff with.

I gladly obliged. So much better that than more Hello Kitty crap to fill my house. Though, she could probably make her own little Hello Kitty Figurine to match the little Kero Keroppi one I made sometime before the turn of the century. 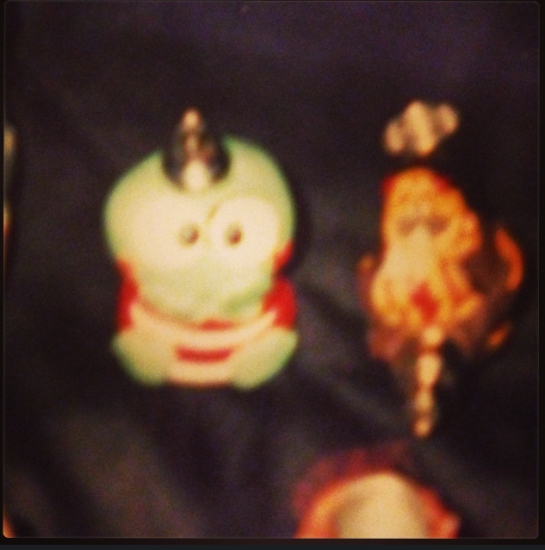 Of course, hers won’t have smoking paraphernalia shoved up its butt.