Who was it that said vacations were an over-rated big fat waste of time and money?

I should know, I took one!

My in-laws are about to celebrate their 50th wedding anniversary. That is 50 years married. To each other. Can you imagine? Honestly, whoa. That’s a lot of years.

When we got engaged I told Elie that I believe in divorce. It’s been around for eons, and it works. I told him that every 5 years I expect to get a renewal contract. That way, if I’m not interested in renewing, no hard feelings. You weren’t promised more than 5 more years. See that? Win-win!

At year 5 we were pretty much still coasting. We’re on 8 years now. I’ll let you know what happens in 2016.

OK- Vacation. Ya know where we went? Las Vegas! With the whole family! To celebrate 50 Years of coupledom! And boatlads of sparkle and Muchness. That place is like, The capital of Muchness City!!!! Holy hell, there’s a lot of Muchness there.

I mean, I took a couple that I posted to facebook because I could hardly contain myself but all the while had that little voice in the back of my head telling me “Tova….. don’t post this on social media…. everyone will know you are away and try to break into your house to steal all your valuables….” (Spoiler alert: I have no valuables. I keep the extra glitter & rhinestones in the spare dishwasher. (Yes, I have a spare dishwasher…. who doesn’t?)) (Incidentally, isn’t it great when you have a parenthesis within a parenthesis and have to end with a double parenthesis? (Like this?))

I wanted to take more pictures but I kept running out of space on my phone and having to remove pictures that were already there, or videos that were taking up a ton of space… (Bye-bye Molly’s Kindergarden Graduation! I need space for a selfie!!) 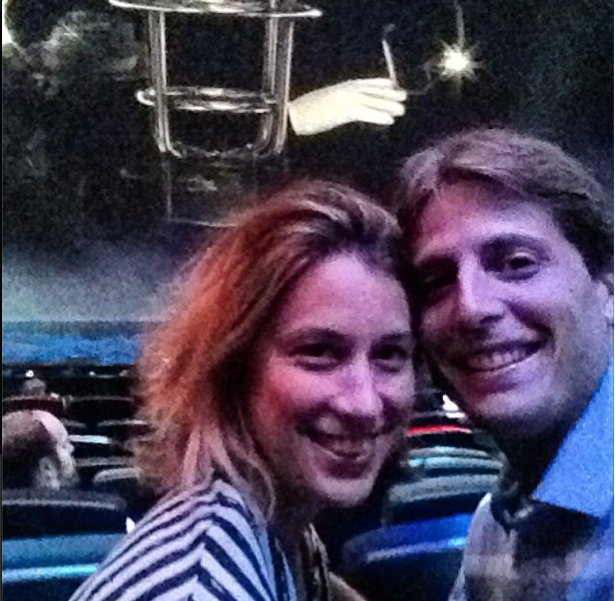 So, if you have never been to vegas and want to give your eyeballs a spectacle beyond spectacles, (wow- that was so no pun intended) go there.

And while you’re there, go see Michael Jackson’s ONE by Cirque De Soleil. Un-friggin-believable. (that’s the selfie above.)

Out of curiosity, when you see spectacular performances by incredibly talented people doing beyond amazing things do you think to yourself “I could totally have done that if my mom woulda just kept me in that gymnastics class?”… or some variation of that…. or is that just me?

And ya know how I love some good kitch…. here’s us walking the Vegas Strip in our matching t-shirts. Yes. We were TOTALLY those people. 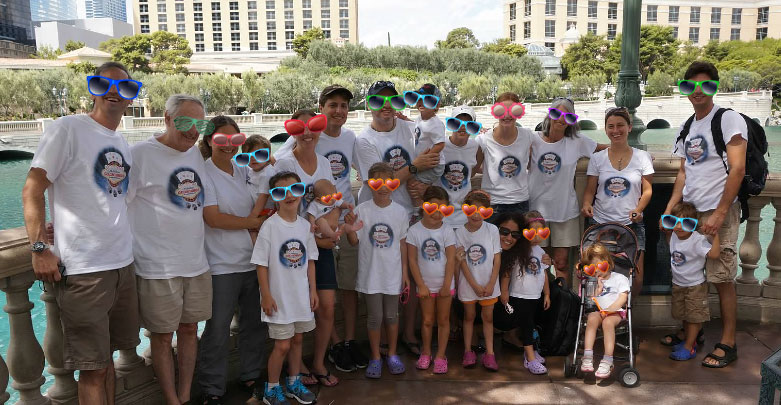 See that one chic with no logo on her shirt? Totally my fault.