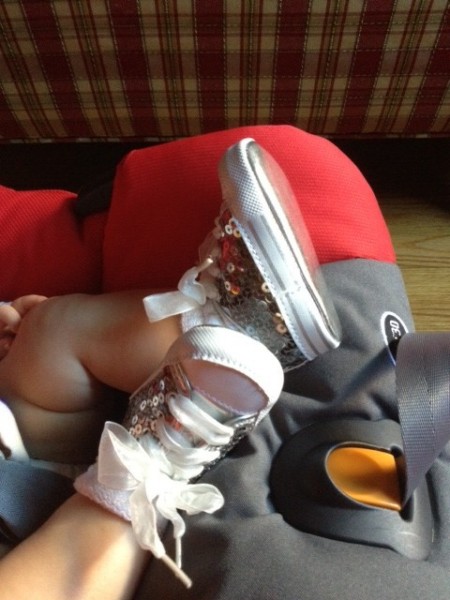 My friend sent me this pic and wrote:

“Tova- you are rubbing off on my daughter! Check out her Muchy shoes!! … She is Much Muchier than me!!” 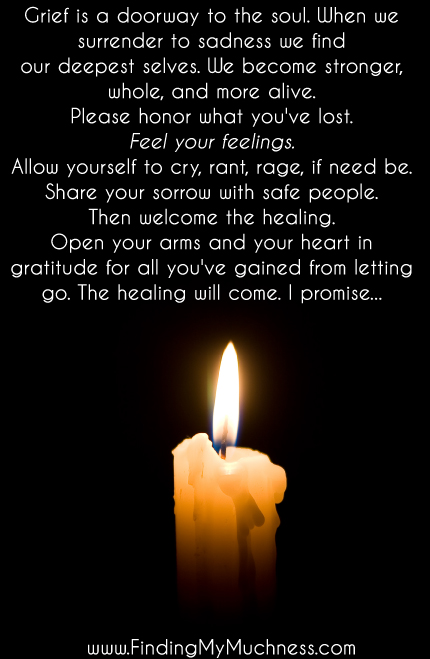 My aunt Nina is a world traveler, seeing our planet by way of cruise ship. What a joy that would be (for someone who never gets motion sickness…. 🙂
Nina writes:

I was in Rio on a cruise about 6 months ago.. and we were wandering
the designer shops on the fashionable street (equivalent to Madison
Ave) and came across this bag designer.. I snapped this thinking of
you…

—
I think these are awesome. Quirky and unique, those bags with the scenes are magnificent.
Thanks for sharing!!!! 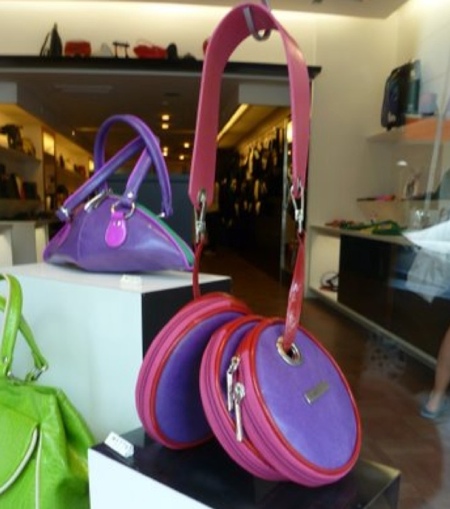 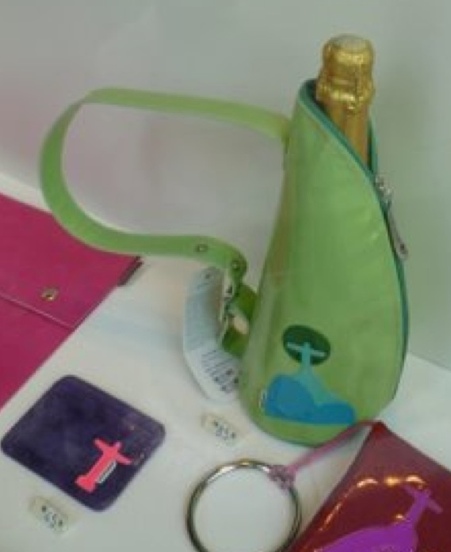 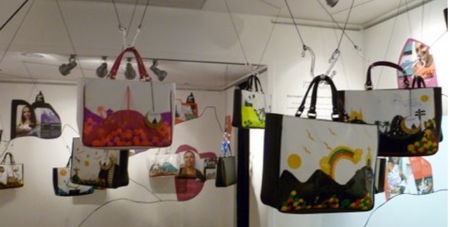 Also NOT on my to-do list but can’t help myself- Reader submission from sarah!!

Imagine all the muchy secrets you could write in there!

Sarah writes:
My daughter and I just got a matching Muchy journals at Justice. I love Claires, and Justice is a close 2nd for satisfying a Muchness jones. 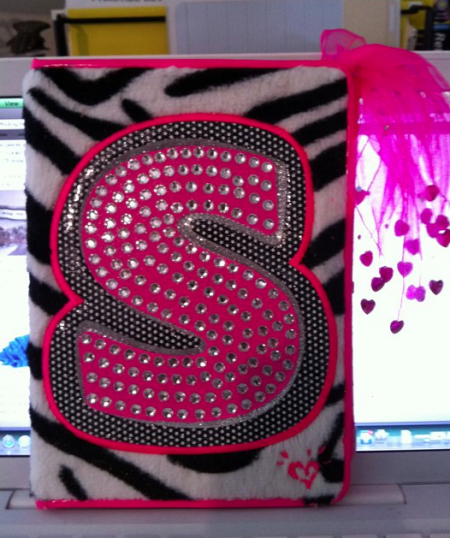 I had an early miscarriage about two weeks ago and haven’t been feeling quite like myself since.  I described my “symptoms” to (our friend): missing myself, feeling scared that the old me might not return, anxious, etc. She said, “you lost your muchness!”  She told me about you, what you went through, and the Alice in Wonderland quote.

I was trying to find words to label how I feel other than lost, zombie, or adrift.  I love all things dark and goth, but associating those words with NOW is way too hopeless.  I think muchness, or the losing of my muchness is more hopeful and appropriate.

Many months ago, I bought a necklace.  An Alice in Wonderland necklace!  I never wore it and stuffed it into my sock drawer to be forgotten.  Until now.  So, going along with your sparkle and color idea, I realized that this necklaces is going to be the lifeline that I throw into the water for my muchness to grab onto.  I’ll wear it every day until it comes back to me.

Thank you for the idea of muchness and for sharing your story.

Here is the necklace.  A dagger through a heart, and some other stuff. A droplet of crystaly blood at the end. I told you I enjoy the morbid. 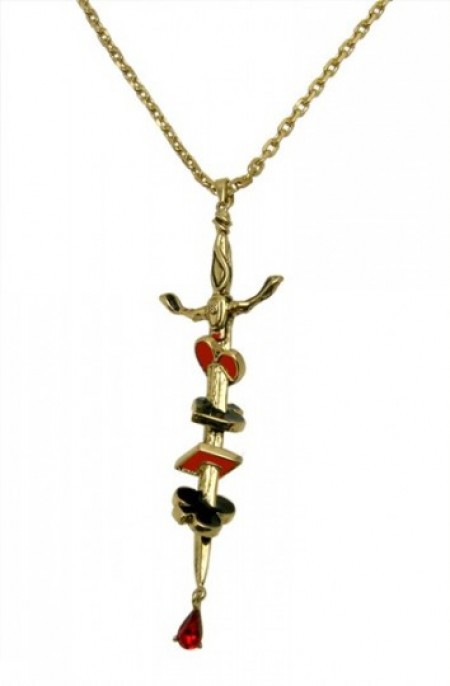 You are so very welcome. Thank you for sharing and letting me know how The Muchness affected you. I look forward to seeing you take the 30 Day Challenge!!! 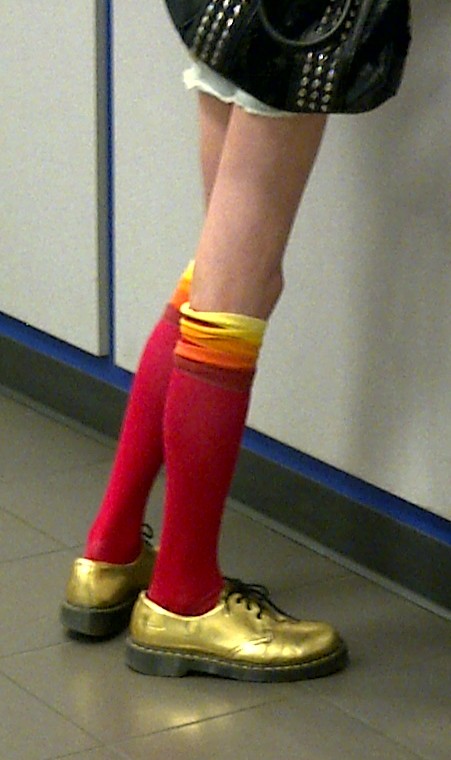 I got this email from my friend Rachel. Wife, mom, chocolatier, and woman who is IN TOUCH WITH THE MUCH!!!!

She wrote: Tova, Just want you to know that I celebrated my Muchness by getting a sparkly nose pierce. Thought of you. Looks fab!

YES IT DOES Miss Roxy Chocsmith!!

I Love that you shared this with us!!!
Thank You!!! xoxox 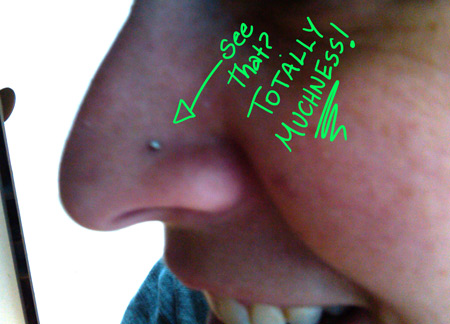 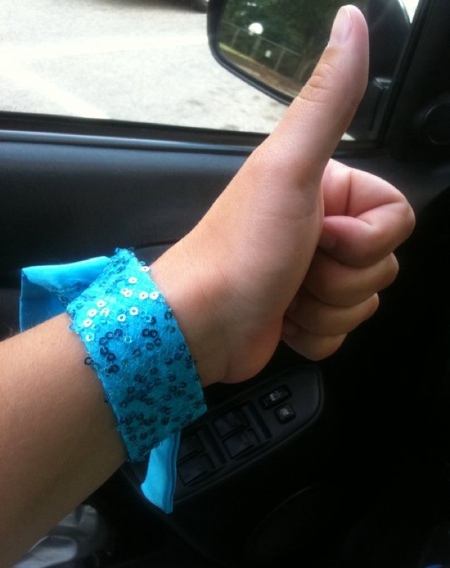 And….. YES!!!! Another thumbs up from a satisfied customer who is IN TOUCH WITH THE MUCH!!!!!
Waaaahooo!
Give your spirit a lift! Support a great cause! Get yours today!! 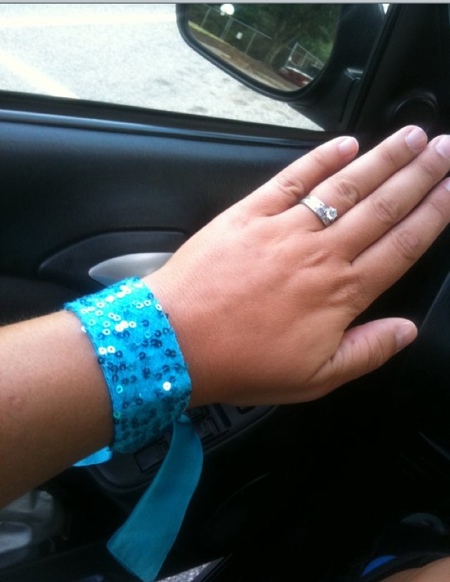 Since Finding The Muchness is closely related to tapping into the joy and happiness many of us had easier access to as kids, the Muchness is obviously going to resonate with kids, and, If Courtney and Shannon’s kids are evidence of it… so is every 6-14 year old girl in my hemosphere.

Subject: Muchness from my daughter

from her 7th birthday
silver glitter nail polish
and a sequin bag with a big L.**
Enjoy! 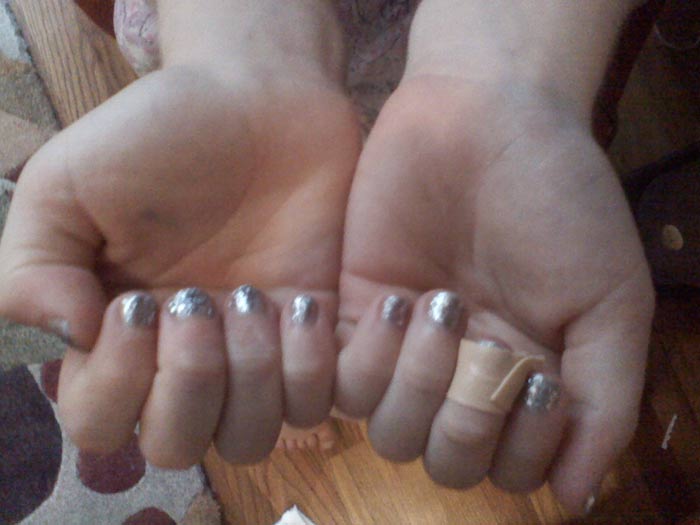 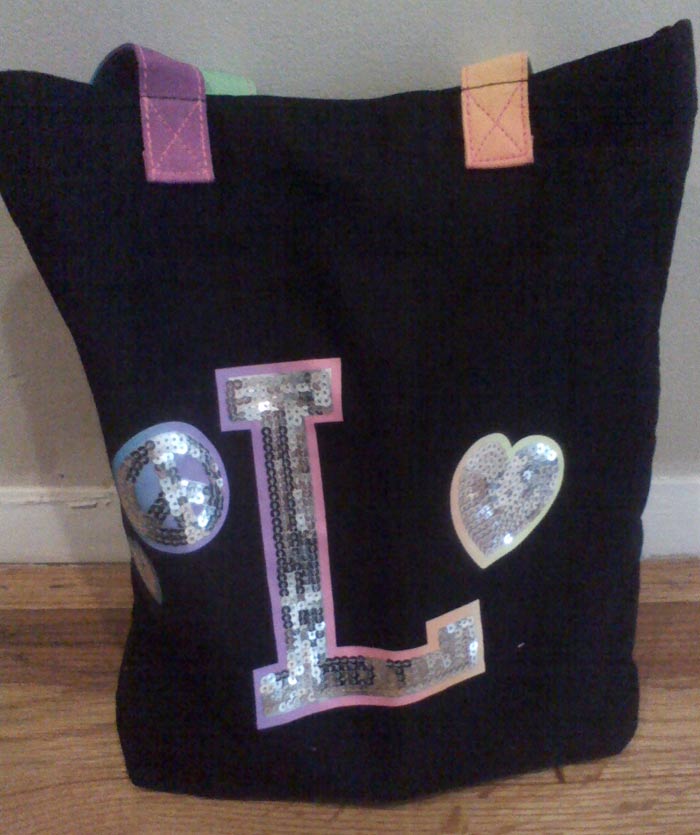 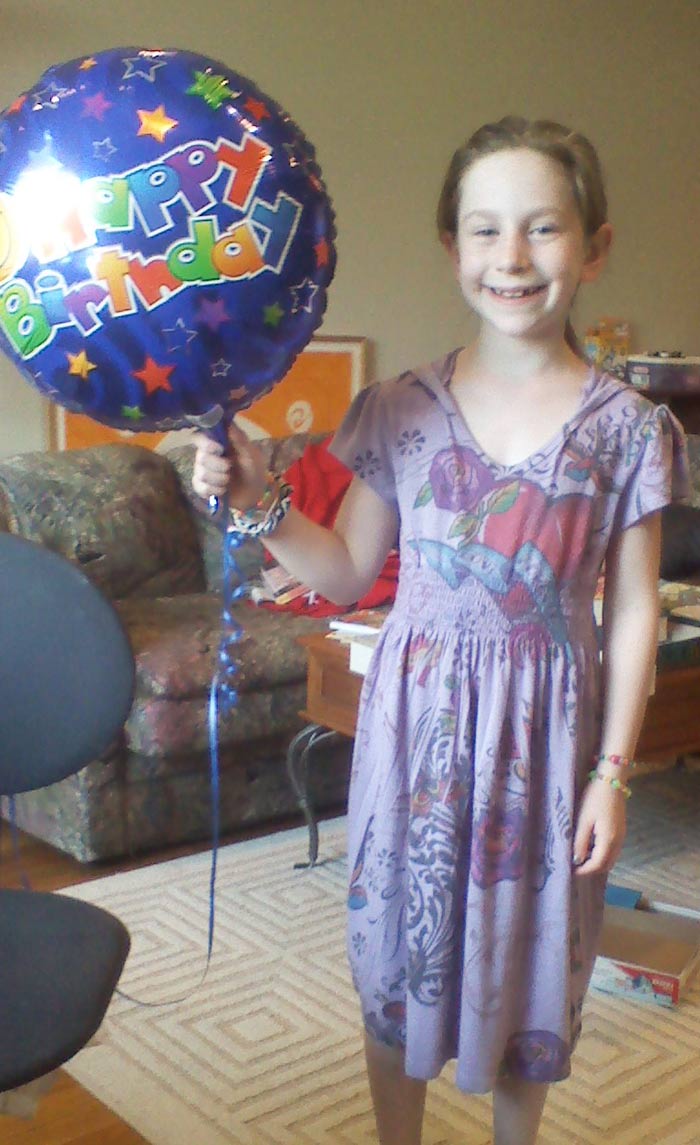 The Muchkin and her Balloon!

*Thank you to my cousin L’via’s 22 year old son who invented the word Muchkin while trying to describe his 13 year old sister.