I’ve been having them.

Not a lot, but enough that I’ve started to recognize them before they hit. The inkling that something inside me is not quite handling itself the way it should.

The first time I ever had a panic attack was in college. I didn’t know what it was but I somehow found myself under a patternmaking table draped in burgundy stretch velvet and gray wool flannel – the materials I was using to make the final garment of my 3rd semester pattern making class. (It was the late 90’s…) Trying to catch my breath while tears ran down my cheeks, I remember my friend Vadim asking if I was OK and being pretty sure I wasn’t. Somehow I managed to laugh it away and was left with nothing but the memory of that freaky weird day when I found myself under the table.

To the best of my knowledge, that was the one and only panic attack I had in my whole life, until last year. Even in the midst of pregnancies and babyloss, the panics I experienced were logical and concrete, not the random freak-outs over minimal stimuli that they eventually turned to.

But then, they’re not really random. They happen when I am off course. So off course my brain and body are completely out of alignment with my heart and soul.

That was my job.

And for a long time I took so much pride in my ability to do that job and do it well. For real. I could see mistakes before they even fucking happened.

And then, the loss.

I took on so much pain and sadness that I just didn’t have the space left for all that extra negativity. So I let it go. People that dragged me down, feelings I’d harbored for years… poof. Gone from my life.

Except that was my job. Looking for what’s wrong. Finding fault. Demanding better results from a factory that was probably not at the top of the list for factories that treated their employees like they’re worth a shit.

And it started spreading into my life… Looking at things my husband was creating and only seeing what I perceived to be wrong. Seeing typo’s on Facebook posts and getting disproportionately annoyed by them. Defaulting to negativity.

And at work, I couldn’t do it anymore. I couldn’t look at every little thing and find it’s fault. It was killing me from the inside out. And so, on a random Tuesday, I found myself alone in a really large boardroom. I was armed with a scissor, a tape measurer and two pairs of red heart print flannel pajamas. My job? Disassemble the pajamas and determine why one pair- the one I approved, looked beautiful, and the other one, the one the factory ultimately produced, looked like an almost identical but shitty version of the nice one. Where had the factory cheated? Where had they cut corners to save a few cents? Where were the mistakes?

As I stretched my tape measurer down the front of the garment I felt it rise up in me. The idea of spending the next 30-40 minutes determining what’s wrong, what’s bad, what sucked about that stupid-assed pair of pajamas threw me over the edge.

And that’s when I found myself, under the table- a giant fancy, zebra wood boardroom table this time- trying to calm my  breathing, stop shaking and manage the tears that were falling down my cheeks. From under the table I called my husband. He told me to quit. God bless him.

But I didn’t quit.

I calmed down, and asked my assistant to study the pajamas. I’d just double check her work.

I told him he needed to hire someone to do that part of my job. I even went online and found applicants, and brought him their resumes.

But he didn’t believe me.

And so I quit.

Because life is too short to spend it like that.

So here I sit, 8 months later, at a job with much of the same job description.

The main differences? I’m making a lot less money because I have a boss who does what I used to do, so she’s the final word and responsibility isn’t ultimately mine.

I thought that would make the difference.

I’ve had at least two- and a half- panic attacks in the last few weeks. Only one found me under a desk. This time it was in a disgusting corner of my tiny cubicle and the desk is covered in beige laminate…. a major step down from the panic attack tables of my past, if I do say so myself.

It’s not just about the negativity of seeing “the wrongs” – it’s the general feeling of anxiety that fills my chest cavity and makes the voices in my head start talking really, really loudly, but kind of in slo-mo, if that makes sense?  I can no longer seem to (want to) handle the general stress of a job in the way I used to. The “let’s care about this shit and get it done” energy that used to fuel me, now leaves me feeling depleted and sullen. Because I don’t care about this shit. I care about

people. I care about joy. I care about my family and this community and making a difference in the world.  When I talked about all this with the hubs, I brought a lot of it back to the twins. Because that’s the pivot point where everything changed… but at the same time I don’t want to define myself by that, even though in so many way it defines me.

There’s a lot in this world I don’t know, but one thing I’m quite sure I DO know is I DON’T want to go back to caring passionately if a shade of blue is exactly 100% perfectly perfect according to some unknown barometer for measuring the perfect shade of blue. I CAN’T go back to that, and I’m pretty sure my panic attacks are basically me reminding myself of that fact. 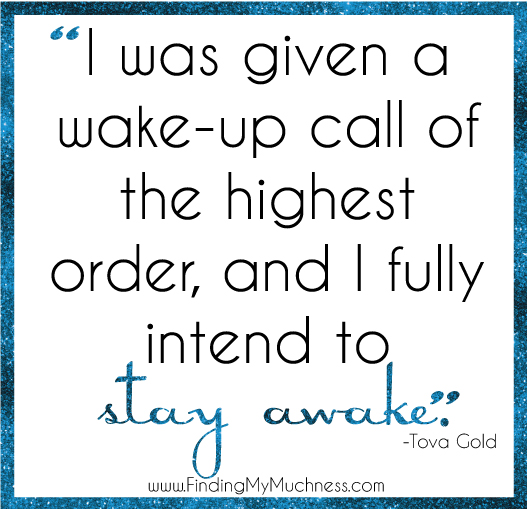 I was given a wake-up call of the highest order, and I fully intend to stay awake.

…and on that note, It’s just about midnight. I’m heading to bed.

Thank you for reading…