Not sure what to make of this or where to share so I’m choosing here.
After I lost the twins, my boss – whom I was pretty close with- was pretty harsh. I’ve blogged about it a bit before but basically, 10 weeks after they died he pulled me aside and told me I was angry and had to get over it. He said my loss was gods retribution for some bad thing Id done and now we were “even” and I could move on. I basically cursed him to hell in my mind but kept my mouth shut and went about my business.
As The Muchness grew it (admittedly) distracted me from my work, and he grew hostile. In retrospect I can see his frustration with me- I was totally checked out at work, but I kept telling him what I needed to make me useful and functional again (to go back to the creative part of my job and hire me an assistant to do the shit I could no longer do. My brain chemistry literally changed. To do the work he had me doing I needed to care about technical details that I just didn’t care about anymore) and though he promised he would, he ultimately refused to provide it.
Anyway, about 2.5 years after my loss I was sitting in a meeting with my two bosses when this one left the room to take a call. He came back 5 minutes later and said his 5 month pregnant wife was at the ob and the baby had no heartbeat. I burst into tears.
Over the next few years we didn’t talk about it much and thankfully she went on to have another healthy baby.
Despite his own family’s experience with loss, when I ultimately left my job he said some nasty things to me. He told me this Muchness thing was bullshit and that I was taking advantage of vulnerable people with my products. He told me that I am not qualified to offer support or insight to others because I’m a product designer, not a therapist. He told me that I’d grown soft, lost my edge and was not the special girl he’d hired- he’d pursued me for a year before I agreed to work for him. He told me I’d fail on my own and be back in six months asking for my job back. (To be honest- I almost did… But I made it through that rough patch- amazing how we let other people’s words and opinions saturate our brains… It’s almost as easy (maybe easier) to let someone else’s version of your future manifest into your reality.)
But here I am, nearly three years later with a successful business I started with my husband and while Muchness has sorta takes a back seat these last few months, it’s still so much a part of me and of the women that it’s impacted— and will continue to be- even though I’m “just” a product designer.
Last week, for the first time in three years, I spoke to my old boss on the phone. I was in California on a business trip for earseeds. I got to tell him about the business, our successes, and our upcoming move to San Diego- I told him, laughing- “you told me I was soft so I decided to move where the soft people are and live in paradise and actually enjoy my life.”
He replied “I didn’t think you heard me.”
“I heard every word.” I replied.

So, this weekend I got in the mail a brochure from this jewish baby loss and infertility org. I NEVER open their stuff- I’m on their mailing list but the first care package I got from them just didn’t resonate with me and my personal belief system so I just set it aside.
But this envelope I opened for whatever reason and it was for a fundraiser Chinese auction. Companies donate prizes and then people buy tickets. The prizes are $$$ expensive. I flipped through the pages curious what was on the auction block- from fully furnished rooms, kitchen renovations, outfitting your home with solar panels, round trip tickets + accommodations to switzerland, all the way to a toys r us shopping spree, American girl dolls, or summer camp for a kid.
Most of the prizes either mention no sponsor or are sponsored by the business that provides the service/product.
A few are sponsored by the “this” family or “that” person. And two of the prizes, which value probably near 10k combined, are generously sponsored by my former employer.
I didn’t know what to make of it when I first saw it. I was kind of stunned. But then I decided to choose my perspective. And it’s this:
I didn’t think he heard me. But maybe somewhere inside he heard every word. 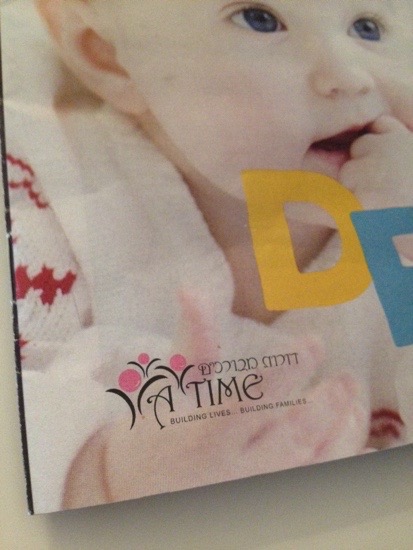